Well this blog is aptly named Las aventuras diarias de Tyler / Les aventures diàries de Tyler because I haven't even left for Spain, and it's been a roller coaster.  The application process has been long and arduous, the school placement definitely happened on "Spain time" and now they changed my school!  Mind you, I'm not complaining.  I was actually very excited to teach in Pollença at CEIP Costa i Llobera, but it was an hour's bus ride every morning.  My new school, Colegio San José de la Montaña, is actually just up the road from the apartment where I hope to live.  It's less than a mile's walk, and I won't have to spend as much money on transportation.

The school is actually a private Catholic school in the north part of Palma.  It looks to be in a reasonable area, and the students will be of similar age to the ones I would have taught in Pollença.  So now that the shock is wearing off regarding the school change, I'm getting very excited to teach in the capital of the Balearic Islands.  That's not to say I won't visit Pollença.  It looks like  perfect town, and I will certainly be making a few trips out there. 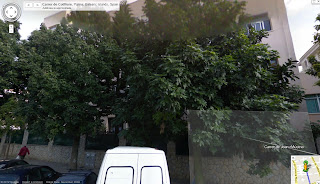 The school has a large fence around it and is surrounded by trees so Google maps can't get a clear picture of the building, but it looks nice.  I can either take a bus in the morning or walk for about 20 minutes (according to the directions I was given). 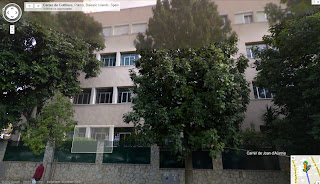 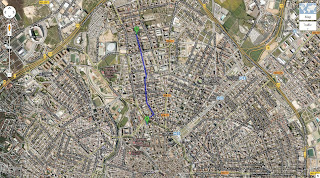 I sent out an e-mail to the school this morning and hope to hear back from them soon.  While I'm just a little bummed that I won't be spending time in a smaller town, I'm super-excited to remain in Palma for the majority of my stay in Spain.  It's such a beatiful city, and I'm looking forward to becoming an honorary palmesà.

So I've decided to make a map of places to visit.  I have found out that I have varying interests.  I'm such a weirdo.  By the way, the numbers on this map are completely arbitrary.  Just did a Google search and listed some fun places. 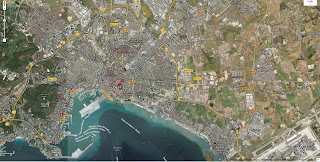 That should keep me busy for 8 months.  Anyway just thought I'd update.
Un beso,
Tyler from Texas